Almost every year Nir and I travel to the Czech Republic to visit the factories that produce our beads and buttons. In one of our trips we visited the Museum of Glass and Jewellery in Jablonec Nad Nisou to understand more about the history behind the products that we sell. Although our visit to the museum was a few years ago, I kept some of the pictures we took while we were there. The following text “Buttons from Jablonec”  is taken from the museum, so all credit goes to the Museum of Glass and Jewelry in Jablonec Nad Nissou. The images from the museum are ours, as are the captions below them.

Glass buttons, beads and recailles beads, for the first time emerging in the 1860s, were the most important production and export commodity in the Jizera Mountains. One hundred years later, a “button fever” swept the local area. A wide selection of buttons with thousands of decorations, from the cheapest articles to the most elaborate ones, were exported worldwide. Particularly the period between the two world wars was propitious for the production and export of the Jablonec buttons, the biggest and most important producers and exporters being the Gebruder Mahla, Wilhelm Klaar and Gebruder Feix companies.

However, in the course of time glass buttons were gradually making way for articles of wood, sinter, plastic and the like. In this sphere, the Johann Schowanek, Gebruder Redlhammer or Ertel companies won recognition. After 1945, the production of glass and plastic buttons were concentrated in the then national enterprises Sklenena bizuterie (Glass fashion jewellery) and Zeleznobrodske solo (Zelezny Brod Glass). Metal buttons were made at the national enterprise Bizuterie (Fashion Jewelry) and wooden buttons at Tofa. After the year 1989, small private companies manufactured these products for West European and particularly American customers.

Example of some of the czech glass button molds

These are some of the Czech Glass Buttons that Nirvana Beads produces. If you look closely,  you will find that they have the same exact shape than the first mold from the image above. 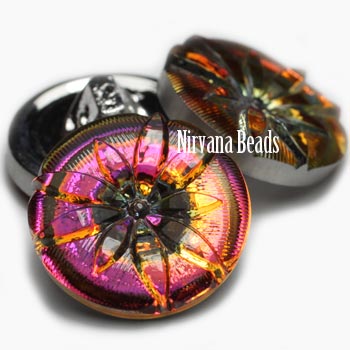 Example of how the buttons were used in fashion in the early 1900s.

The following map shows the different workshops and factories of glass making industry in the north of Czech Republic. Although the majority of those factories were related to jewelry, some other glass products were made in that region. Here you can read what those workshops were existed there back then (1690-1960): Glassworks, Glassworks producing glass for customer jewelry, Pressing shop, Hand cutting, Cutting of beads, Stones for jewelry rhinestones (chaton), Cutting of small crystal items, Hollow buttons, Bangles, Hollow beads, Christmas decorations, Lampworked goods, Chopped bead-rocailles, Buttons, Girdlers and Export. 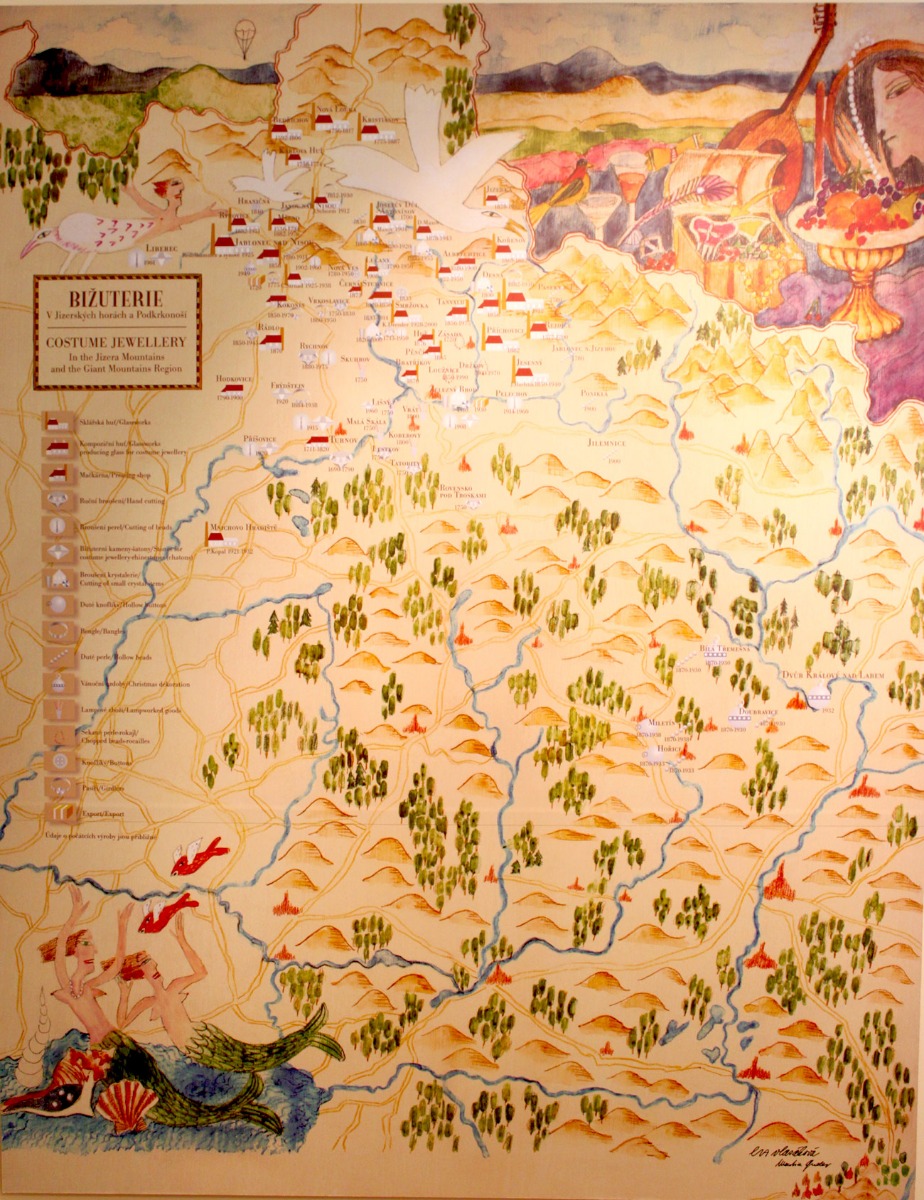 Shanti designs most of the beads and buttons produced for Nirvana Beads. She is also a Graphic and Web Designer