Where do all the beads go? 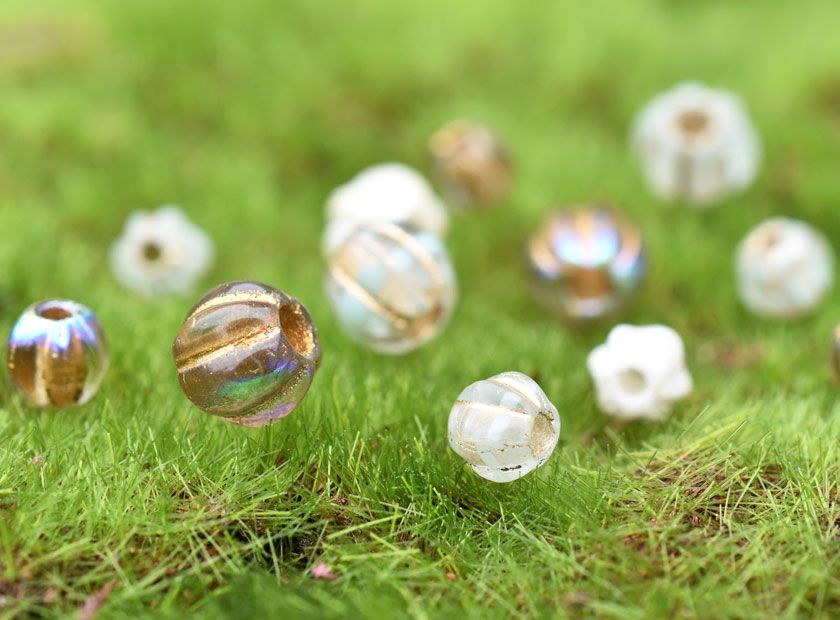 Handling beads with the rest of the beadaholics day in, day out, the question often bubbles into my mind. There’s a solidity to them, after all–Crystal, Pandoras, Mother of Pearl—they don’t just evaporate into thin air. I began to imagine old sock drawers around the world, crevices under beds, boxes in basements, when my thoughts began to take a turn for the grandiose.

What of the beads that bought Manhattan? What of those beads? Where did they go? I heard rumors in bead shops across the country that the Native Americans traded the island away in exchange for Czech glass — of long ago, distant days, in which beads stood in place of currency as a commodity for trade. But then, there’s something almost vulgar in thinking of beads for their exchange value alone. Something that misses the point entirely.

We all know what it’s like to walk into our favorite neighborhood bead shop and go totally over-budget on the latest goods, whether it’s semi-precious or pressed glass – but so what? We don’t buy beads because they’re useful, after all, but because they’re beautiful – because they say something about our intrinsic, universal human need to express and adorn ourselves with something that’s only purpose is to exist as a thing of beauty. 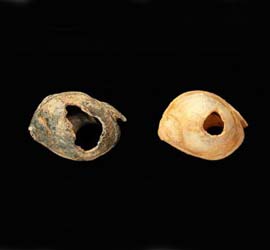 Where do all the beads go?

As recently as 2006, ancient shell beads dated to be 100,000 years old were discovered in Israel and Algeria. The beads were simple enough – basic, little shells with holes running through them – but they told a story so profound that it was enough to upend our modern understanding of the history of humanity. Why, do you ask? As beaders, we all know the answer already, of course, but apparently it’s taken historians longer to figure it out: as human beings, we bead, therefore we are. To be more specific, the use of beads is in many ways the first thing humanity began doing the moment we evolved enough to express ourselves culturally. There’s something pure about beads, something grounded in the simple sublimity of our senses. And so, the discovery of the 100,000 year old beads was enough to rewrite the history books on early humanity, proving that culture didn’t spring out of Europe about 40,000 years ago (as previously thought), but apparently have roots that go back even further than the origins of our own species, during the time of Cro-Magnon Man. Literally speaking, beads are not just prehistoric, but pre-human. In many ways, the use of beads heralded our advent as a species, as a culture, as a people who were here on the Earth not just to survive, but to thrive.

Beading, according to one scientist who was involved with the find, constituted “one of the most important early expressions of human culture.” It is a part of who we are and who we continue to be today.

Where do all the beads go? Sometimes the sock drawer; sometimes into an exquisite necklace, passed down for generations; sometimes they buy an island that one day contains the greatest city in the history of humanity; other times, they travel down through the millennia, and give us clues regarding our own cultural origins. Earlier I said that their only purpose was to be beautiful; but it is that beauty, apparently, that says everything about us.