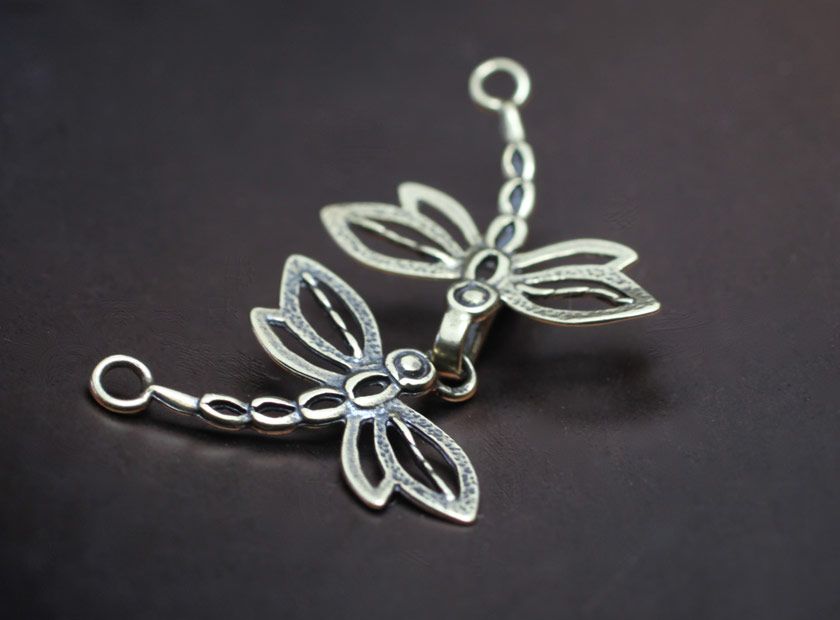 There are those who might suggest that Nirvana founder Nir Kronenberg‘s best business decision was inadvertently a personal one. At the time of their marriage, even his bride Cynthia Shanti Moralez didn’t recognize how remarkably her training as graphic artist training would translate into the exquisite bead design which has become the wholesaler’s signature.  Shanti’s nuanced sense of light, color and balance — especially combined with the efforts of Czech glass artisans they have now been working with for several years  — are increasingly the preferred choice of a growing group of discerning jewelry designers and crafters worldwide.

But her idea of mirroring familiar shapes to reimagine a new line of brass clasps had a few challenges.  The concept was exciting. The sketches were beautiful. But as Nir and Shanti looked at traditional manufacturing options at home and abroad, the options that came back either lacked the delicacy and whimsy of the concept or — if faithfully executed — were too expensive to produce and bring to market. One group, an Israeli firm they first met while visiting Nir’s family there, already had a line of clasps they loved which would perfectly with Shanti’s new concept  — but could not meet the market price of ordinary clasps of similar material.

After much discussion and consideration, the pair couldn’t get away from the fact that every cheaper option they discovered could deliver no more than ordinary — and in some cases considerably less. Knowing it would take a decrease in their necessary margins and a larger risk in the marketplace they decided to invest in option they felt their clients deserved.  The shipment arrived from Israel this week and the pictures here show the quality their investment realized.

My personal jewelry design practice is primarily private commissions and it will be days before I can actually put my hands on these beauties. But the minute I opened the photos I knew which client would love which clasp … and which near-complete pieces are going to get a change in the planned clasp.

Shanti’s three clasp inspirations — the whale tale, dragonfly and feathers – coupled with five other beautiful clasps already slated for manufacture by the company, have created a new line available exclusively by Nirvana Beads  Each of the eight brass clasp and closure options, is available both in silver-plate and oxidized brass.