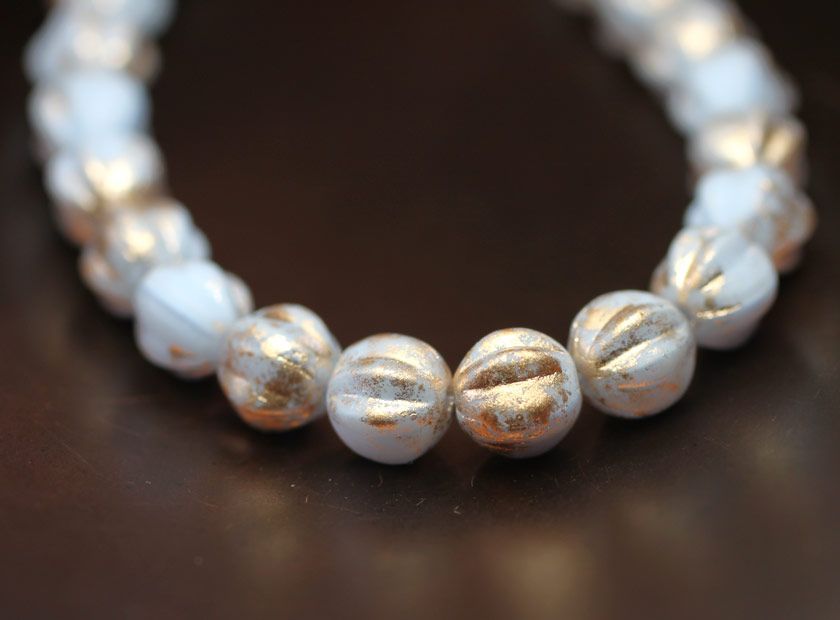 Melon beads are like that guy in high school that you could always count on — a guy so consistent and dependable you forget to notice him in the parade of flashy bad boys and intriguing exchange students.

But my wizened eyes are wide open to all the possibilities of these complex and compatible creatures.  The simple bead shape exists in nearly every culture, but no one does them better than the artisans of Jablonec. I call them my “Boho Pearls.”

Nirvana Beads has just received the first of many shipments of new melon colors and sizes. I’m particularly excited about the pairing of matching 4mm and 6mm melons in the most interesting, popular and versatile colors and finishes. Look to Nirvana Beads to take a beading staple to spectacular. 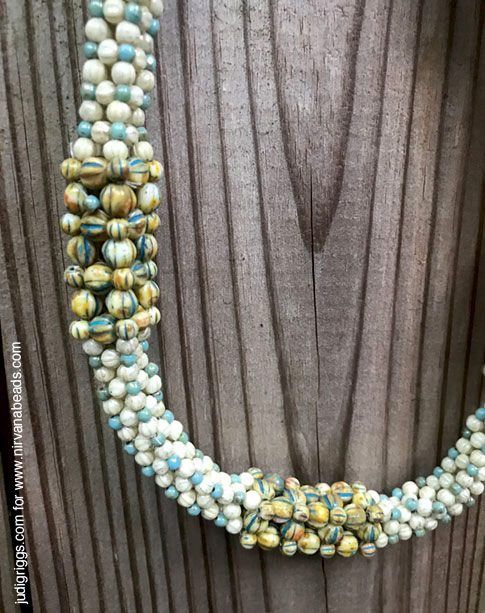 LESSON IN THE AIR

While Czech Melons are timeless, the current Boho wave has made them red hot for fringing, stringing and embroidery. The new Nirvana combinations arriving over the next few months open up a world of possibilities in beadweaving.

I started developing this simple cubic right angle weave graduated rope on an airplane with Nirvana’s 4mm and 6mm Czech melons and 3mm druks.  I was only a few segments into it when the flight attendant stopped her service to gush about the colors and texture.

As flight attendants are trained to say that every baby is beautiful and every hobby fascinating, I thought little of it. But she kept coming back asking to buy the finished piece. I explained several times that I wasn’t yet sure what the final piece would look like but finally gave her my card to end the conversation and get back to my beads.

She emailed me several times until I sold it to her — before I’d had a chance to play with the design or even embellish the focal. It was only when she sent me a picture of her wearing it that I saw what she did, the beads had already done the work.

That’s the beauty of melons. The simplicity of the lines pull a design together and the variety of colors and finishes elevate the possibilities. 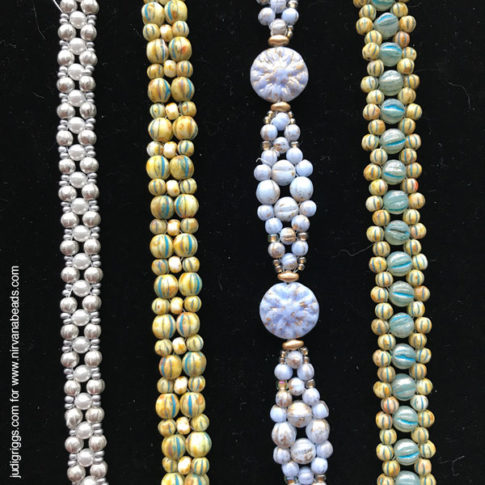 Tis the season to see Melons promoted as pumpkins (and tell me you don’t see all kinds of holly berry possibilities in Nirvana’s new Real Red 4mms) —  but Melons are year round performers. The shape is found in nearly every culture that has produced beads.

“Gadrooned” is the technical term for pattern of convex indentations around the melon. In her wonderful blog “Stringing the Past”  archeologist Heather Christie says glass and ceramic examples of the shape are abundant.  “The Romans were especially taken with them. Faience melon beads are found at nearly every Roman site between Hadrian’s Wall and the Antonine wall, and there are also glass examples that are a deep cobalt blue. I’ve also seen melon beads from potentially Norse contexts and also in the Middle East, South Asia, and Southeast Asia.”

I’ve paired some of my favorite Nirvana 6mm melon color combos with larger semi-precious carved melons from Asia and hand-raked African melon focals for popular pieces with an international flair, but it’s the  Jablonec natives that always carry the piece. 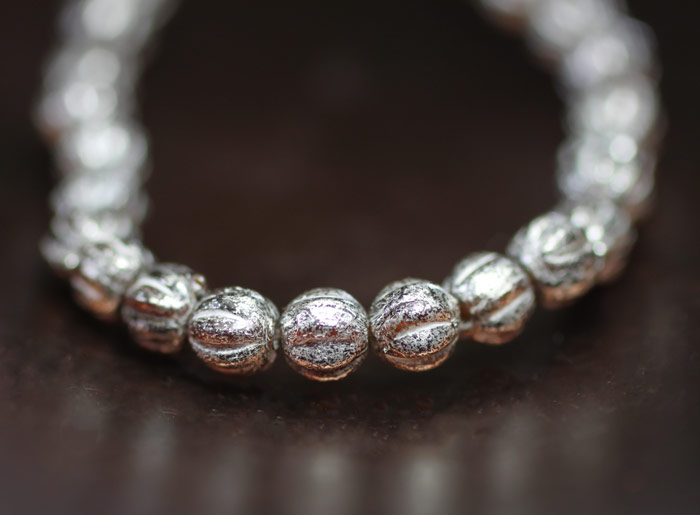